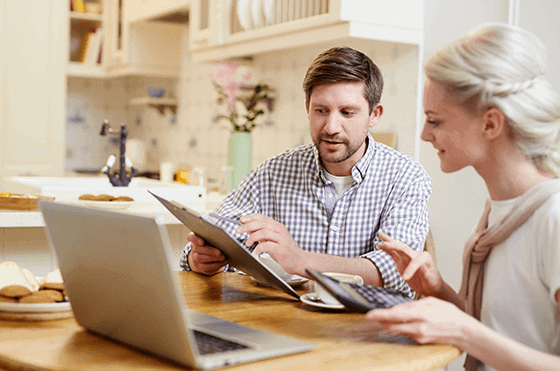 Now, in the past or possibly even right now, some of you may have received a letter from HMRC stating that they have looked into one of your tax returns, whether it be your self-assessment return or corporation tax return and that they have amended your figures to increase your tax liability.

Ninety-nine times out of a hundred, this change is accurate. The one time the figures come back wrong however, whether it be due to a mistake on HMRC’s part or due to information that was left out, you need to let them know so you do not get overcharged.

So how do you do this? With a tax return appeal!

What is a tax return appeal?

A tax return appeal is a written request to HMRC asking them to reconsider their change to your return figures or a decision they have made.

This appeal can be for various reasons but the following are the main ones:

So how long do you have to make an appeal? 30 days, that’s it. Considering that you have to do this by post, you may want to use recorded delivery to make sure they get it as HMRC usually has a massive backlog of work and mail they struggle to keep up with. (They told me this themselves)

At the same time you make the appeal, you can also apply for a postponement of any tax that HMRC believes to be due. If it ends up being that the tax should have been paid though, you will incur interest on the unpaid amount.

If you don’t request a postponement, you’ll have to pay the tax. If you win the appeal, you’ll then get refunded if appropriate.

What happens if an appeal is not agreed to by HMRC?

In this situation, HMRC can offer you a review. You have to respond to them within 30 days (again by writing) to accept the review. If you accept, an officer of HMRC not previously involved with your case will be assigned to your case to review the decision or amendment. You can make your case to this officer (in writing again) and the review is usually carried out in 45 days.

If it is going to take longer than this, HMRC should write to you requesting your agreement to an extension. If you are not notified of the outcome of the review within the agreed period, you can send the appeal to the Tribunal.

When the review is completed, the officer will state their decision on the matter. If you still disagree with the decision or amendment of the review officer, you can ask for your appeal to be heard by the Tribunal within 30 days of you receiving the review conclusion letter.

If, you are not offered a review at all in the first place, you can ask HMRC to review your case or ask the Tribunal to consider your appeal.

So who are the Tribunal?

The Tribunal is a legal body separate of HMRC. First, your appeal will go to the first tier of the Tribunal and will be heard in the Tax Chamber (a bit like the hyperbolic time chamber but they train in taxes) and if the appeal in question is overly complicated, it will then go to the Upper Tribunal.

When the First Tier receives your appeal, they will decide what category it falls into, these being:

Basic category appeals will be dealt with via an informal hearing where both yourself and HMRC make your cases. The decision is usually issued at the end of the hearing.

For the Standard and Complex cases, there a more formal hearings. HMRC has 60 days to provide a statement of their case and you get 42 days to respond. The appeal will then b heard and a decision will be issued by the Tribunal within 28 days.

Where your case has been dealt with by the first Tribunal and you disagree with it, you can make another appeal to the upper Tribunal. You do have to have the permission of either Tribunal for this appeal to be made and the request must be made in writing within 56 days of the date that the decision of the First Tier was received. Appeals can only be made on a point of law so make sure you have one ready.

Decisions by the Upper Tribunal are binding (though I’m not sure how far) unless either party appeals their decision to the Court of Appeal but again, you need permission from the Upper Tribunal or the Appeal court. In incredibly rare cases, the final appeal can go to the supreme court.

Providing top service to our clients is at the heart of Fusion accountants work ethos. Hence, one of point of contact, who understands your business and can work with you closely and efficielty.

To ensure that you get efficient and accurate service first time every time, we make sure all our client managers are adequately qualifed and accredited by our accounting softwares providers, such as Xero, Quickbooks and FreeAgent. So you can be rest assured you are in good hands.

We are no cowboys, as a registered firm and regulated by Institute of Chartered Accountants in England & Wales (ICAEW) and the Association of Taxation Technicians (ATT), you can feel assured that you are in good hands.

Unlike other accountants, you wont get surprise bills with us, we offer all inclusive competitive monthly fixed fees. We believe in simplicity, transparency when communicating with our client.

We love technology, wether its adapting new technology ourselves to bring you top notch service or advising you in running your business more effeiciently through automation.

We don’t see ourselves as just number crunchers, there are software to do just that, we believe in Value add service, whether that’s in Tax planning, business advisory or just helping you better understand your financials.