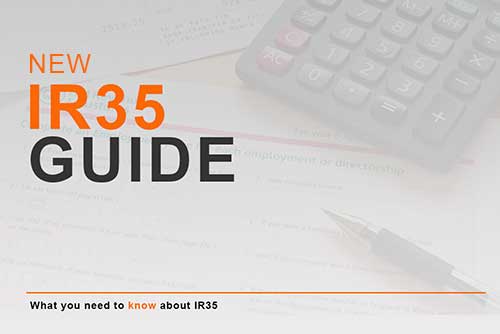 How the New IR35 Rules Work?

When will the New IR35 Rules be implemented?

Who do the rules affect?

The New IR35 ‘off-payroll’ rules apply to the following:

Do the rules affect agencies?

The new ‘off-payroll’ rules do not apply if:

This new digital tool known as the ‘Employment Status Service ‘ should be available before the 6 April 2017. It will help the ‘fee payer’ decide if the new IR35 rules apply to the contractor they hire.

An employment status test must be performed to deem if a contractor is an employee of the ‘fee payer’ in the following way:

Why are these changes been made?

HMRC wants to provide a fairer tax system where contractors will not be able to avoid paying employment taxes and NICs through working for PSCs. The 5% allowance for administration costs for applying ‘off payroll’ rules will be removed to simplify administration. Public sector bodies must provide agencies and their contractors with the necessary information about whether they fall within the ‘off-payroll’ rules. Hence, public sector bodies will now be responsible for paying PAYE and NICs for contractors instead.

Who is at risk of HMRC IR35 Investigation?

It is advisable that those contractors who still want to work with public sector bodies create new contracts that contain the correct clauses that take the new IR35 rules into account. These new contracts should be applicable from April 6th 2017 so that contractors are better protected against IR35 investigations arising from the new ‘off payroll ‘rules.

Jahan Aslam is the founder of Fusion Accountants one of leading modern firms of accountants helping clients migrate to the 21st century cloud accounting, automation and third party app integrations. He is a qualified Chartered Accountants and Auditor with over 18 years of experience providing business advisory to hundreds of businesses Worked in top FTSE companies including BP and Novartis.